PAINTING BY WILL HOLUB IN THE KINSEY INSTITUTE ART EXHIBITION 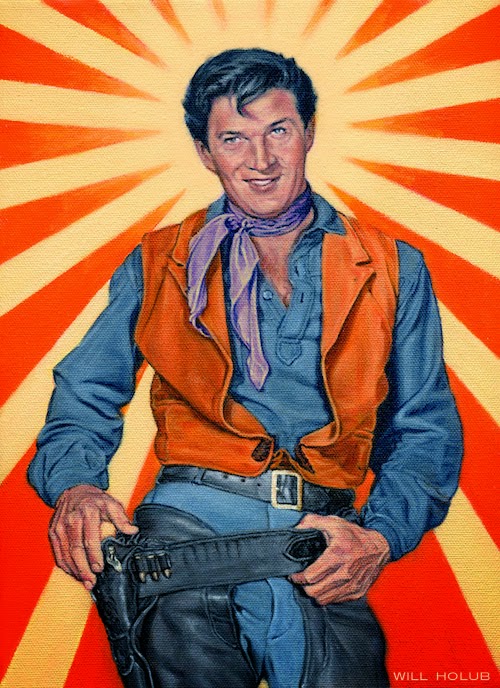 THE KINSEY INSTITUTE JURIED ART SHOW 2015
Grunwald Gallery of Art, University of Indiana
May 15 to July 11, 2015

“The Great Guidance” is part of Will Holub's on-going exploration of gay history in visual culture and technology.  An oil painting based on a Hollywood-studio publicity still of the 1950s gay actor George Nader, it explores the way he was presented in ultra-masculine roles that, from a contemporary queer perspective, actually amplified his “difference.” Like his close friend Rock Hudson, the movie studios expected Nader to date women and, as in Hudson’s case, even marry.  But Nader refused and his career was derailed, forcing him to move to Europe to find work in the 1960s.  After a series of successful films in Germany, he began a career as a writer of science-fiction, including a 1978 novel about two gay men.  Eventually returning to California, Nader and his partner Mark Miller remained close friends with Rock Hudson, who died from AIDS complications in 1985.